Mr. Zumstein started his career with Sandoz in 1993 as Corporate Internal Auditor. In 2000, he joined Clariant as Corporate Controller Europe, then holding a number of corporate and operational, global and regional roles in the Finance function of Clariant throughout Europe and Asia. In 2013, he joined Archroma, when the company was created from Clariant’s Textile Chemicals, Paper Specialties, and Emulsions businesses, as Head of Group Finance & Controlling with the mission to establish the finance services and processes of the new group. In May 2015, he became Head of Group Controlling, focusing on driving business/financial performance management to support the company's development ambitions.

A French National, Mr. Zumstein graduated from ESSEC Business School in Paris, France, and has a PhD in Political Science from the University of Strasbourg, France. 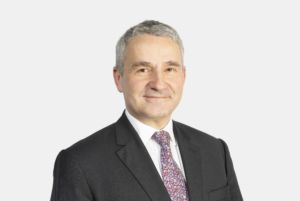