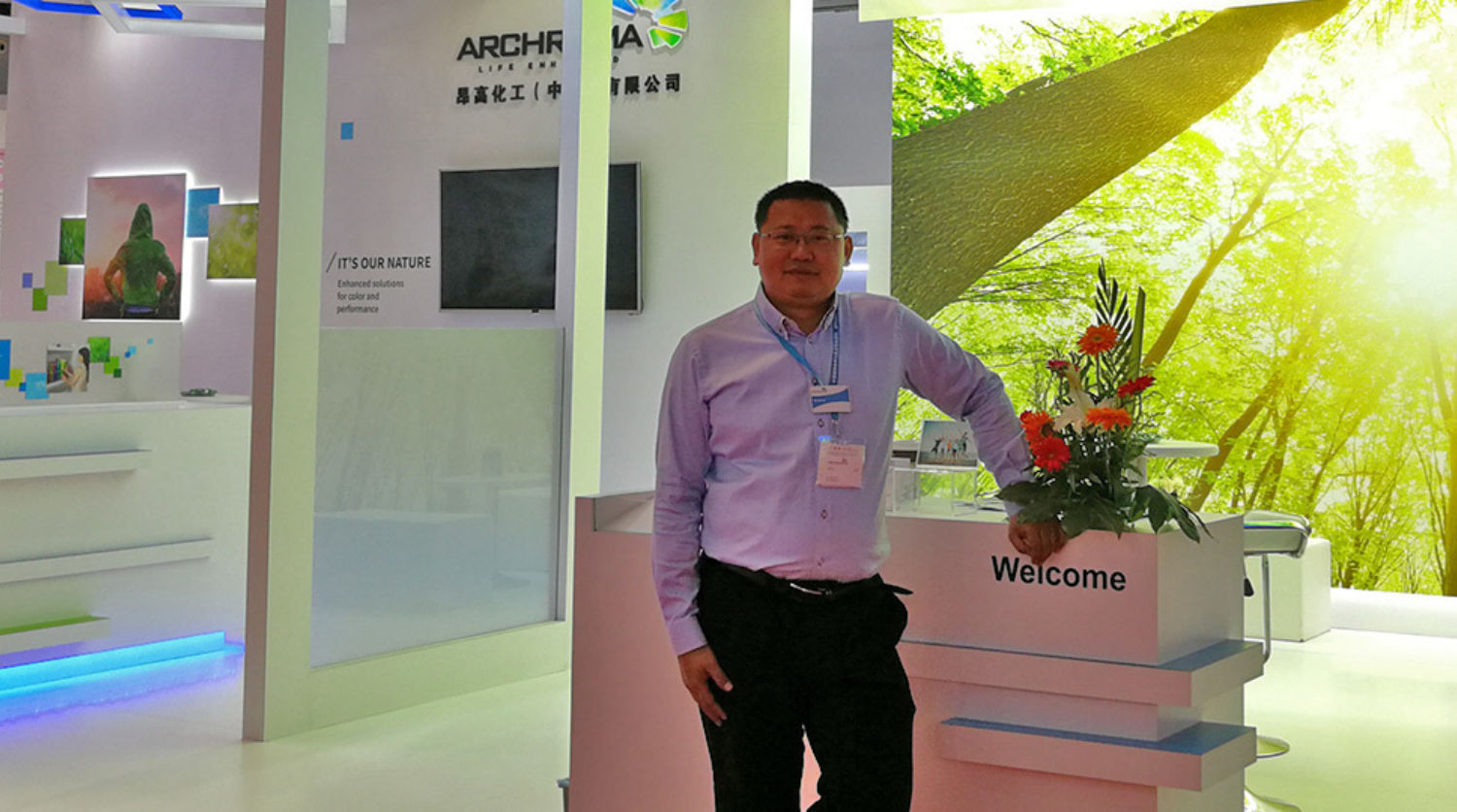 Terry Cui describes himself as a dancer eager to take center stage. Luckily, Archroma has given him the opportunity to shine in the spotlight.

After working at BASF as a sales manager, Terry joined Archroma in 2015 and now leads the sales team in Zhenjiang, China. Terry relishes the freedom this role offers him to guide his team in new and exciting directions. Rather than simply following instructions, he appreciates being able to make a decisive impact on the future of the business. Terry knows that the genius of Archroma’s employees is what enables the company to influence the chemical industry worldwide.

An avid mountain climber, Terry is familiar with the feeling of facing and overcoming hurdles. After encountering major challenges when he first took over the sales team in Zhenjiang, he worked with his colleagues to improve internal communication, adjust the market strategy, and gain the trust of both partners and customers. As a result, the office has seen a steady rate of growth over the past three years. These successes are due largely to Terry’s team willingness to try out fresh ideas and ability to exploit new opportunities in the market.