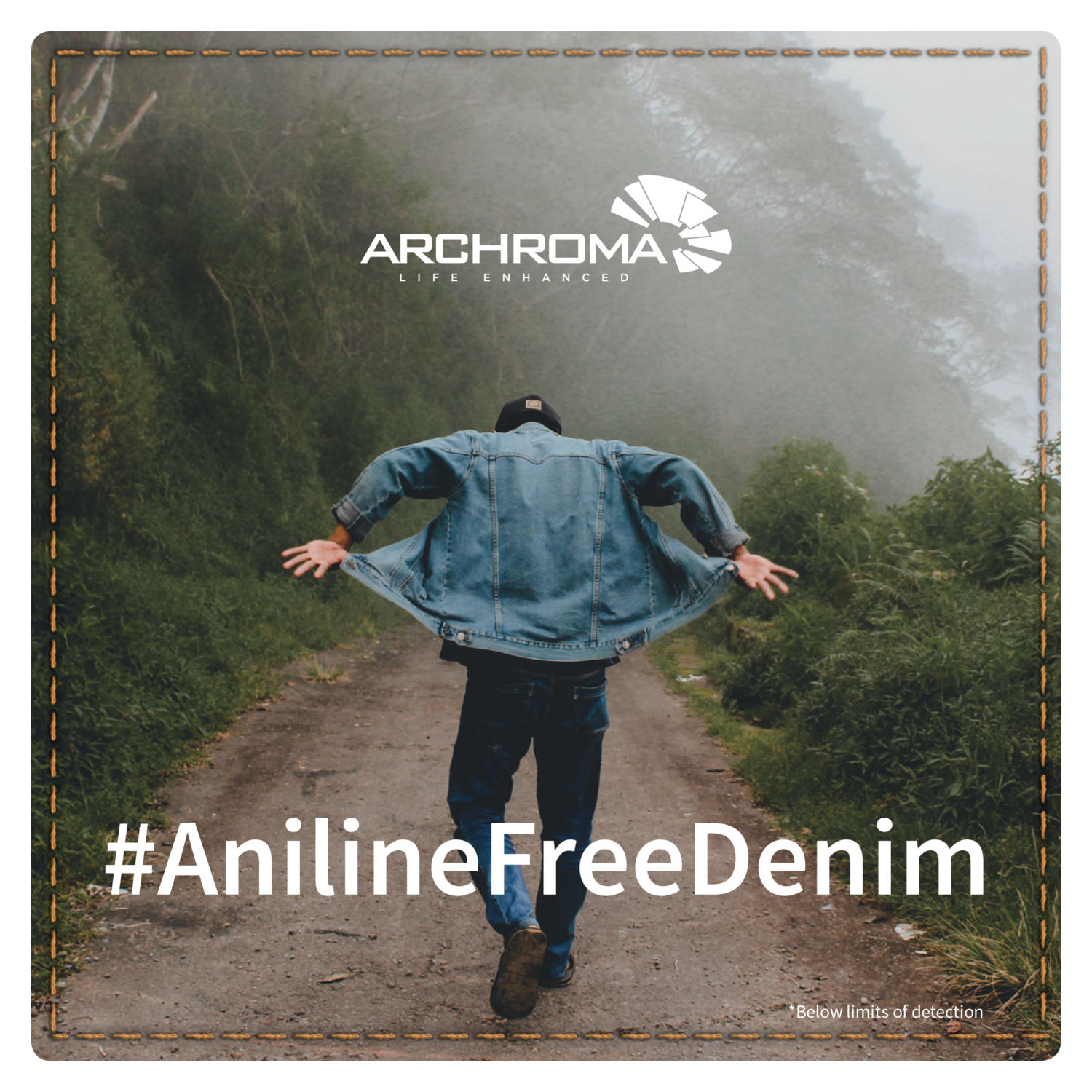 Reinach, Switzerland, 28 May 2018 - Archroma, a global leader in color and specialty chemicals, has presented an aniline-free* denim indigo dye at the recent Planet Textiles 2018 Conference in Vancouver, Canada. The brand new dye provides a non-toxic way to produce the traditional, iconic indigo blue that consumers associate with denim and jeans.

Currently, aniline impurities are an unavoidable element of producing indigo-dyed denim. Unlike other chemical impurities, aniline is locked into the indigo pigment during the dyeing process and therefore cannot be washed off the fabric.

Scientific testing has shown that aniline impurities are toxic to humans, causing skin allergies, damage to major organs and genetic defects, as well as being linked to cancer. Aniline is also toxic to aquatic life, which is an issue as two thirds of the 400 metric tons of aniline waste on an annual basis ends up in the environment as wastewater discharge.

The toxic chemical is therefore starting to feature on the restricted substance lists (RSL) of some major clothing brands and retailers.

“We have tested denim garments and found that aniline concentrations are frequently higher than expected,” says Alexander Wessels, CEO, Archroma. “This could put some manufacturers over the limits agreed on their RSLs.”

True to its commitment to take on innovation challenges, Archroma decided to take a closer look at the issue with its R&D experts, and developed an alternative system that is aniline free*.

“At Archroma, we continuously challenge the status quo in the deep belief that we can make our industry sustainable,” continues Alexander Wessels. “By removing a hazardous impurity from the denim supply chain, we aim to protect the workers who create denim, the consumers who wear denim, and the environment with cleaner waterways.”

The Denisol® Pure Indigo 30 dye is the latest in a long line of sustainable innovations for denim started in 2009. That year, Archroma introduced its ‘Advanced Denim’ technology which uses up to 90% less water during the dyeing process. “Being not indigo but sulfur based, ‘Advanced Denim’ itself was an aniline free* solution too!”, adds Alexander Wessels.

Archroma successfully tested Denisol® Pure Indigo 30 at Absolute Denim mill in Thailand. “During the testing everything performed exactly the same as it would with conventional indigo,” says Vichai Phromvanich, Board Member, Absolute Denim. “There was just one important difference: no aniline*.”

“We’ve had an overwhelming positive reaction from the industry in sneak previews and during the launch at Planet Textiles,” continues Alexander Wessels. “As a responsible industry leader, we believe it’s important to actively look for eco-advanced solutions that are attractive and at the same time cost-efficient for clothing brands, retailers and end-consumers.”

Archroma will make the Denisol® Pure Indigo 30 dye in the most sustainable way as possible. The new dye will be produced in Archroma’s facility in Pakistan, a plant that made the headlines in 2012 for being what Archroma believed to be the industry’s first zero liquid discharge plant.

* Below limits of detection according to industry standard test methods
Denisol® is a trademark of Archroma registered in many countries.
© 2018 Archroma 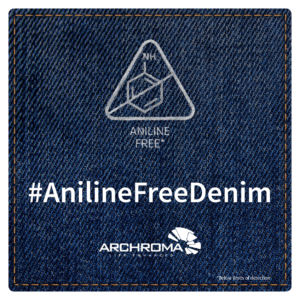